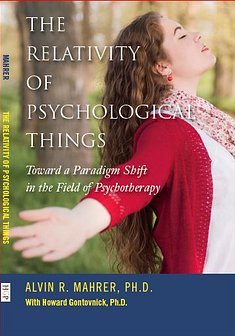 In April of 2014, the field of Psychotherapy lost another member of an elite group of “distinguished psychotherapists.” Known as an innovator and a passionate critic of psychotherapy, Alvin Mahrer’s contributions have been known to both challenge and enhance the field of psychotherapy for decades. In his book Current Psychotherapies (7thEdition, 2005), Raymond J. Corsini wrote: “I was amazed by the audacity of (Mahrer’s) experiential psychotherapy, which in many ways turns the world upside down.”(Corsini & Wedding 2005, p. XI) For Corsini, Mahrer’s methodology was “as revolutionary as was Freud’s 100 years ago and Carl Rogers’s 50 years ago,” and, because of this, Corsini recommends that all psychotherapists should learn from this approach (Corsini & Wedding 2005, p. XII).

If you never had the chance to hear Alvin Mahrer in a classroom, lecture hall, or as part of a discussion, you missed the opportunity to learn from an educator the likes of which we will probably never know again. His style of engaging students, presenting examples, or defining an idea, often created an enthusiastic discussion. You see, Mahrer was not just someone that gave a lecture—but a person who encouraged one to think and think again. Whether the theme was his theories on the origins of human behavior or developing a model for self-transformation, Mahrer was passionate about understanding the dynamics of human nature. He simply wanted to know how to best help a person learn how to become what they could become.

Mahrer, who was influenced by Freud, Jung, Rogers, and George Kelly, favored a humanistic view of psychotherapy. He is perhaps best known for his unique theory of personality, outlined in his book Experiencing: A Humanistic Theory of Psychology and Psychiatry (1978). Across the 844 pages of this impressive work, Mahrer illustrates how individuals should be understood in terms of their potentials for experiencing. According to Mahrer, certain “potentials” (ways of experiencing) are closer to the surface (consciousness), whereas others are found at a deeper level, occasionally rising to the surface. A person’s unique behavioral style is based on the location of these potentials and their relationships with each other. “It is an experiencing person which organizes their behavior,” Mahrer wrote. “The aim is to describe the nature of the experience and not to explain the behavior” (p. 23).

Click on the section titled "ABOUT" to read more.

Alvin R. Mahrer, Ph.D. was a Professor Emeritus of the school of Psychology, University of Ottawa. He is also the author of 23 books and more than 200 academic publications. Dr. Mahrer passed away in April, 2014.

-Received the Award for Excellence in Research in 1992 from the University of Ottawa.

The Relativity of Psychological Things: Toward

a paradigm  shift in the field of psychotherapy.

"The ego constantly strives after self-  development: it seeks to realize fully its own nature and to bring into existence all that lies potentially in its consciousness, to unite the abolute, the practical and intelligent self.